A demo application available with kivy, was modified to move chromosomes:

The application depends on two files: pictures.py and pictures.kv. Both files are in the same folder: 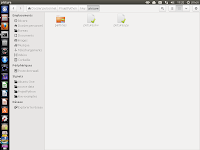 the particles folder contains the images to load.

The application should be modified so that the same zoom should be applied to all the chromosomes.


Independant zooming of the different chromosome images can be disabled.
Posted by dip4fish at 1:19 PM No comments: Links to this post

Metaphasic chromosomes preparations contain most of the time overlapping chromosomes as follow :
Here a cluster of two chromosomes was isolated and the two chromosomes were segmented using a contour based method implemented in an ipython notebook.
First a polygonal approximation of the contour is performed and negative corners are extracted as previously:

Four points (the yellow ones) are then used to define a quadrilateral of maximal area: 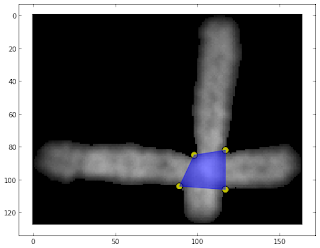 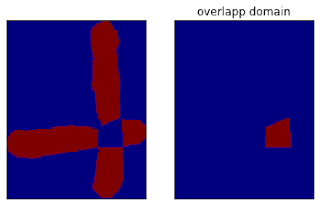 The four chromosomal elements are labelled:
and isolated: 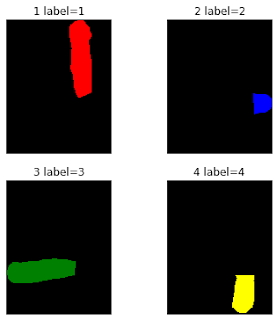 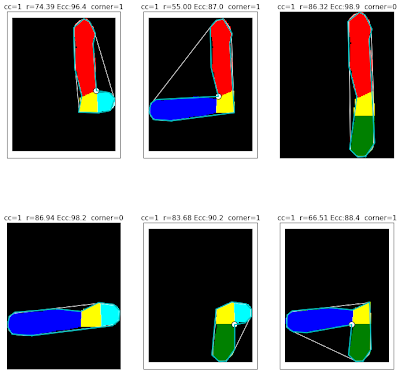 For each candidate, several descriptors are computed: the number of connected components (cc), the eccentricity (ecc), the ratio chromosome area over its convex hull area (r) and the number of negative corner on the contour.
The two first highest ratio correspond to the two overlapping chromosomes which can be isolated: 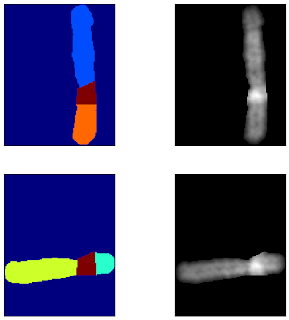 Download the ipython notebook from google drive
Or view it

Posted by dip4fish at 4:54 AM No comments: Links to this post